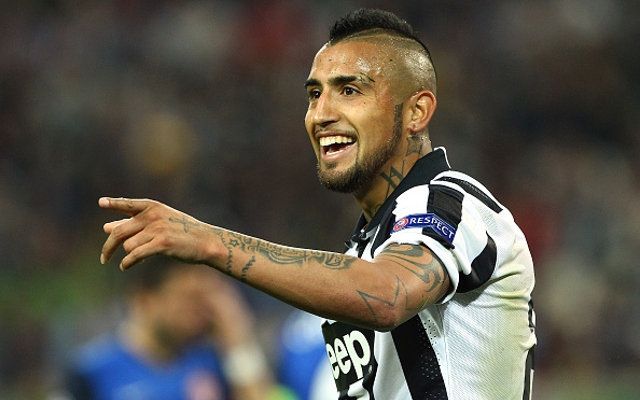 Juventus’ Arturo Vidal – who has been heavily linked with Arsenal – has been offered a five-year contract by Real Madrid, according to reports from Chile.

Just six days ago, the Daily Mail cited reports from Italy that the Gunners had agreed a deal – said to be £21m – for the Chile international, and would be heading to north London this summer.

However, according to Chilean newspaper La Tercera, the Liga BBVA giants have tabled a five-year contract for the Juve midfielder and the Serie A champions have agreed to his transfer.

The report states that Vidal could be just ‘hours’ away from putting pen-to-paper on a long-term deal that would see him become the second-ever Chilean – after Ivan Zamorano – to have made the move to the Santiago Bernabeu.

The versatile midfielder is currently on international duty at the Copa America, where the hosts – Chile – face Argentina in the final of the tournament tonigh and, according to La Tercera, Real chiefs will be in attendance for the close of the competition in order to finalise his transfer.

The 28-year-old has been a constant name on Arsenal’s transfer grapevine over the past few weeks, but as reports from the Daily Star suggested with the Gunners apparently exiting the race for Southampton’s Morgan Schneiderlin, Arsene Wenger could remain hesitant in his spending this summer.

The French manager has made two marquee signings – in Mesut Ozil and Alexis Sanchez – over the past two offseason transfer windows, but Wenger doesn’t appear to be any rush to add to his first-team just yet.