Why letting Podolski go could be a bad move.

Lukas Podolski‘s scoring stats at Arsenal show that the club may be making a big mistake in letting him leave for Galatasaray this summer, according to Sky Sports.

The Gunners are looking all set to lose the German international, who is on his way to Turkey today to officially complete his move away from the Emirates Stadium.

Still, this could see Arsenal lose one of their best goalscorers, with Podolski’s shot conversion rate very impressive, better than anyone else at the club since 2012. 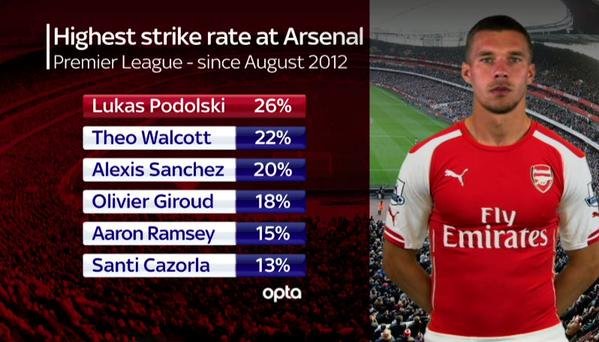