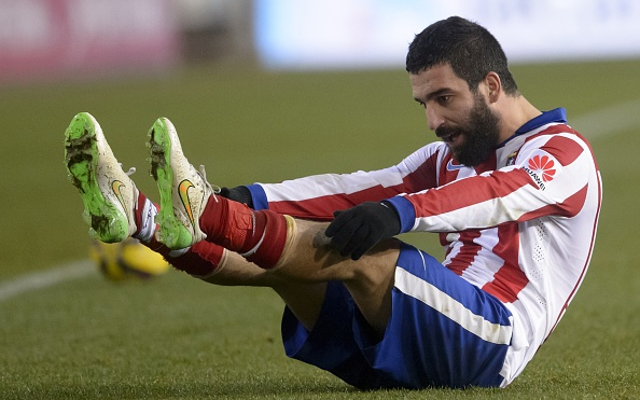 Atletico Madrid attacking midfielder Arda Turan is set to hold talks with his agent this week over finalising a move to either Barcelona or Chelsea, according to the Daily Mail.

The Turkish international is expected to cost around £25m, and the Mail states that it is Barcelona who currently look favourites to snap him up this summer, despite the Blues retaining an interest.

It is not yet clear how Turan would fit in at either club, with both teams well stocked in the attacking midfield area, though there’s no doubting Turan’s class after a highly successful four seasons at the Vicente Calderon.

The 28-year-old has more than played his part in some massive successes for Atletico, none more so than in their sensational La Liga title win in 2013/14, when they also reached the final of the Champions League.

The Mail says Turan will now meet with his agent Ahmet Bulut to hold talks over his future, with Barca described as confident of sealing this exciting move for one of La Liga’s best players.

The Daily Mail have previously reported that as well that Santi Cazorla of Arsenal could be heading to the Spanish capital this summer as Turan’s replacement in midfield, with Diego Simeone clearly planning for life without the Turk.