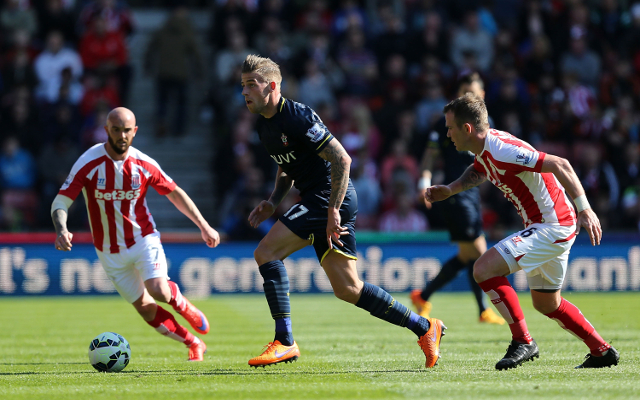 The Italian claims that Spurs chief Daniel Levy travelled to the Spanish capital to iron out this deal, which will end up costing the north London club around £11.4m, with the possibility of another £1m in bonuses.

The Belgian international really caught the eye with Southampton last season, emerging as one of their best players after moving to the St Mary’s Stadium on loan from Atletico, where he’d struggled to establish himself as a regular in Diego Simeone’s first-team plans.

Southampton will be disappointed not to be keeping Alderweireld, with the Daily Express claiming that the Saints had tried to sign the 26-year-old permanently, though he now looks set for a switch to White Hart Lane.

Still, Tottenham struggled defensively last season with some players not doing enough to justify their places in Mauricio Pochettino’s first-team, such as experienced duo Younes Kaboul and Federico Fazio.

Alderweireld’s performances in England so far suggest that he could be a real upgrade for Spurs in that area, with Pochettino under pressure to make the required changes to help steer the team into the Premier League top four next term.