Manchester United star Nani has arrived in Istanbul ahead of his move to Fenerbahce, reports Turkish-Football.

The 28-year-old is expected to sign a four-year deal with the Turkish giants, after the club agreed a £4.25 million fee with the Red Devils for the Portuguese according to the BBC. The winger impressed while on loan at Sporting Lisbon last season, but apparently didn’t do enough to earn a chance in the United team under Louis van Gaal.

He went by private jet to Istanbul on Sunday to have a medical before everything is confirmed. However, he surely couldn’t have expected the unbelievable reception he’d get on arrival! Large crowds of fans gathered at the airport, and some were even lighting flares. 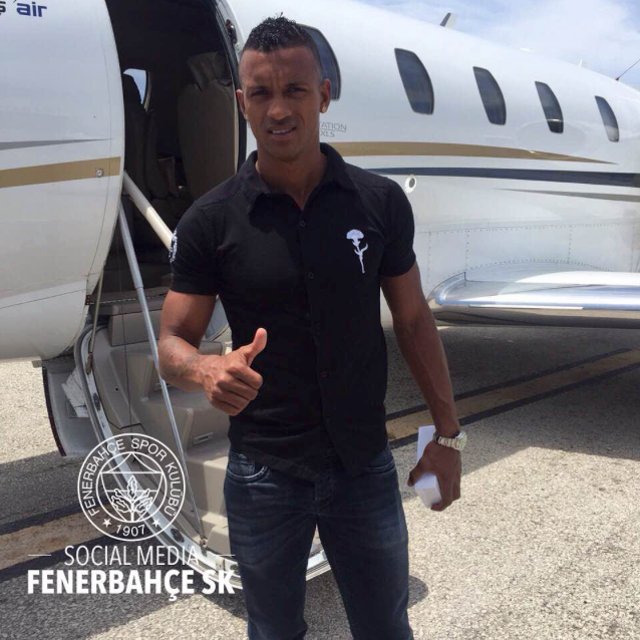 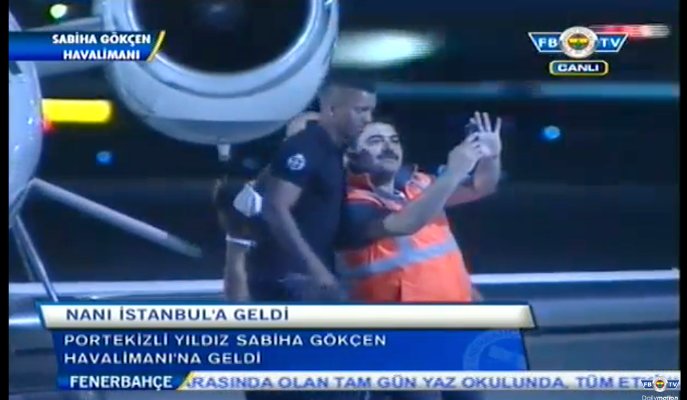 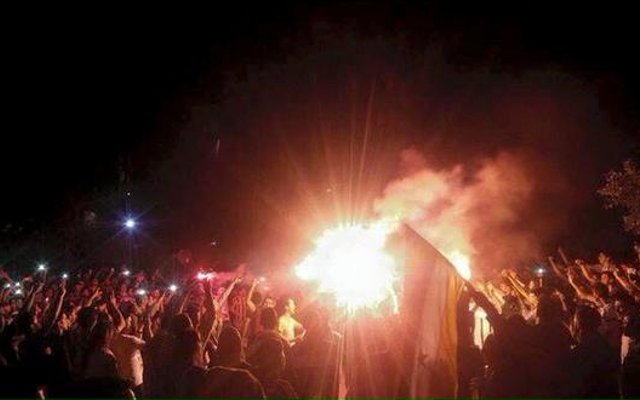 Nani could be joined Old Trafford teammate Robin van Persie at the Super Lig side. The 31-year-old has agreed personal terms with the team, reported The Guardian, and looks likely to join soon. Former Fenerbahce ace and fellow Dutchman Dirk Kuyt is thought to have been very influential in getting the forward to agree to a move.