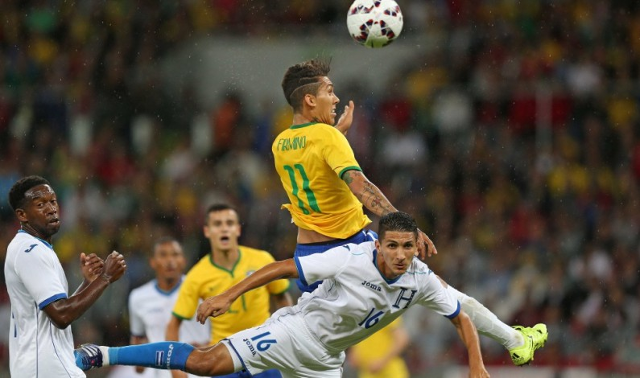 Liverpool have officially finalised a deal to sign Hoffenheim attacking midfielder Roberto Firmino after the Brazilian completed a medical assessment in Sao Paulo over the weekend, according to the Daily Mirror.

The 23-year-old had already been announced as a new Liverpool player, with BBC Sport confirming back in June that the deal was done ‘subject to a medical’, which now wraps up the process.

Firmino is in Sao Paulo following his participation with Brazil in this summer’s Copa America, the Mirror adds, which will see him join pre-season late.

Although medicals are normally considered a formality, it was just last summer that the Reds nearly signed Loic Remy from Queens Park Rangers before BBC Sport reported that the move had fallen through due to a failed medical test late on.

Fans of the Merseyside giants will be relieved to see that there has not been a repeat with Firmino, who joins for £29m, according to the Mirror, making him a big signing for the club as they look to get back into the top four.

Along with fellow countryman Philippe Coutinho, Firmino could form part of an exciting new-look Liverpool attack for next season, with Brendan Rodgers clearly identifying that area as a weak spot in his squad after a significant drop in the team’s number of goals after Luis Suarez left the club for Barcelona.

In Suarez’s final season at Anfield, Liverpool scored over 100 goals as they finished second in the league, but only managed 52 last season as new signings Mario Balotelli and Rickie Lambert failed to impress up front.

Remy, meanwhile, ended up joining Chelsea and contributed to their Premier League title success with seven goals, raising even more questions about whether or not he should have been signed by Liverpool despite the BBC’s claims of medical issues.