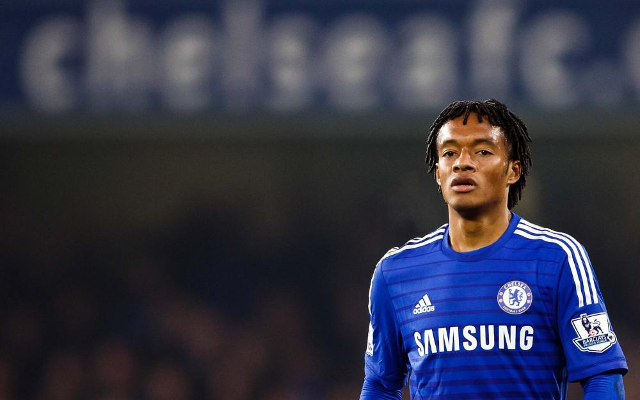 The agent of Juan Cuadrado has sought to end speculation that his client is unwanted at Chelsea and set for a move away from Stamford Bridge.

He also confirmed that Mourinho himself had personally given the Colombia international his seal of approval.

“To my great surprise, I read in certain English and Italian media, the imaginary figures and the agents linked to Cuadrado,” Lucci began.

“It is time to clarify the situation. Cuadrado is a Chelsea player that Mourinho wanted absolutely only figure months ago.

“He believes in him a lot,” he continued, “Cuadrado has many admirers, but I’ll say it again, he’s a Chelsea player. I will decide with Juan, about his money, his future. No one else will.”

Cuadrado arrived at Stamford Bridge for €35 million in January, but has not set the Premier League alight. He managed only four EPL outings in the intervening months, and contributing neither a goal nor an assist.

His uninspiring form has led to rumours of a move away from the club, with Juventus emerging as key suitors for the international’s signature [Telegraph].

However, while Lucci appears confident that the wideman will be in the Premier League to stay, Mourinho may have other ideas.

Chelsea have been linked to several big names this summer, with players such as Arda Turan [Metro], Axel Witsel [Standard] and Moussa Dembele [Metro] all rumoured to be in the coach’s plans.