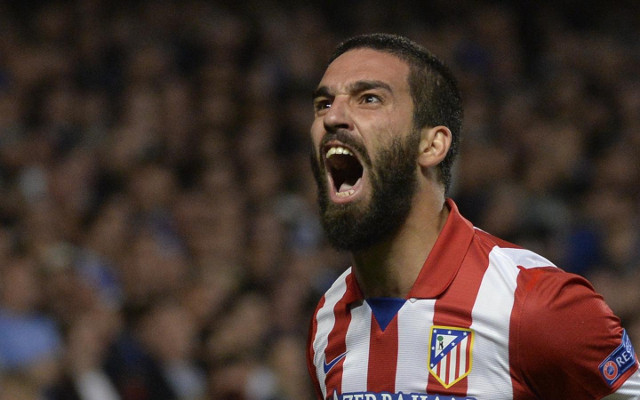 Turkey international Arda Turan has snubbed the interest of a host of Barclays Premier League clubs in order to sign for La Liga champions Barcelona.

The Catalan giants announced via their official Twitter account on Monday evening that they have an agreement in place with Spanish rivals Atletico Madrid and they hold the option of re-selling the midfielder before July 20 [via Barcelona’s official club website].

Turan has developed into one the key members of the Atletico squad that has done extremely well in the last few years as they won the Spanish title and reached the final of the Champions League in 2014.

Although after four impressive seasons at the Vicente Calderon stadium, the 28-year-old is set to join last season’s Champions League and Copa Del Rey winners in a fee that could be worth up to €42m.

He will be unable to play for Barca until January 2016 because of the club’s current transfer embargo and will join defender Aleix Vidal as their second summer signing.

The news will come as a bitter blow to a couple of Premier League sides, who have been linked with a move for Turan at some point during the transfer window.

English champions Chelsea were thought to be leading the race to sign the Turk after reports in Spain [via Metro Sport] claimed the player was ready to snub a move to Barcelona in favour of a switch to Stamford Bridge to link up with Blues boss Jose Mourinho.

The West London outfit are rumoured to be on the market for another midfielder, but appear to have now lost out on three potential transfer targets.

Brazilian playmaker Douglas Costa opted to join Bundesliga champions Bayern Munich [via Guardian Sport] on the same day that Giannelli Imbula decided against a move to England and signed for Portuguese giants Porto instead [via Goal].

Meanwhile Louis van Gaal also seems to not be having much luck in recruiting a new midfielder either as Turan’s is now also the third player to snub a move to Old Trafford this summer.

Roberto Firmino was heavily linked with the Red Devils before joining their fierce rivals Liverpool [via Star Sport], while Borussia Dortmund midfielder Ilkay Gundogan flirted with the idea of joining the club, however he recently signed new deal with the German outfit [via Mail Sport].

With the start of the new campaign just a month away, both Mourinho van Gaal could be left scratching their heads as to how they will strengthen their respective engine rooms.