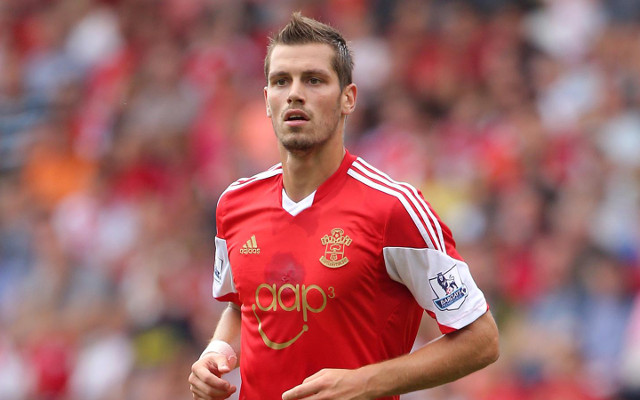 Southampton manager Ronald Koeman has provided an update on the future of Arsenal and Manchester United target Morgan Schneiderlin.

The Saints boss has revealed that the Red Devils have recently made an offer for the France international – although the Dutchman suggests that the the Premier League giants’ bid fell far short of their £25m valuation – but that a second offer has been not yet been put forward.

“Two weeks ago we had a bid from United but it was not the bid we expected,” as quoted by BBC Sport.

“It wasn’t serious and no bids today,” he confirmed.

“If there is any business then I hope it will be soon because it is best for the player, best for us and we have to think about ourselves if we sell the player,” Koeman continued.

“He will travel tomorrow with the team. It may be difficult as everybody knows he’d like to move. But if there is no bid close to what we expect then he’s a Southampton player.

“I don’t know if the valuation is exactly £25m, that’s not my business.”

According to the report from BBC Sport, Schneiderlin was absent for Southampton’s first training session on Monday, but this was due to illness – not as a result of the speculation surrounding his St Mary’s Stadium future. The player is expected to travel with the rest of his team-mates to Austria for their pre-season tour.

The 25-year-old has been at the heart of the Saints’ success over the past seven years, helping the club rise from League One to the Premier League in his 261 appearances. His performances earned his first call-up to the senior France squad for the 2014 World Cup [via the Independent].

His future was uncertain last summer – with Tottenham Hotspur said to have been keen on his signature – but was ‘forced’ to stay put for at least another 12 months, the Daily Star reported.

However, as Koeman’s quotes suggest, Schneiderlin – who carries a £27m price-tag – looks set to be granted an exit this summer and, according to The Guardian, Manchester United are currently leading the chase.

Arsenal have been credited with interest, and the former Strasbourg star is said to favour a switch to the Emirates, as he is eager to work with Arsene Wenger [via the International Business Times], but previous reports from the Daily Star have claimed that Wenger may be reluctant at meeting his sizeable price-tag.