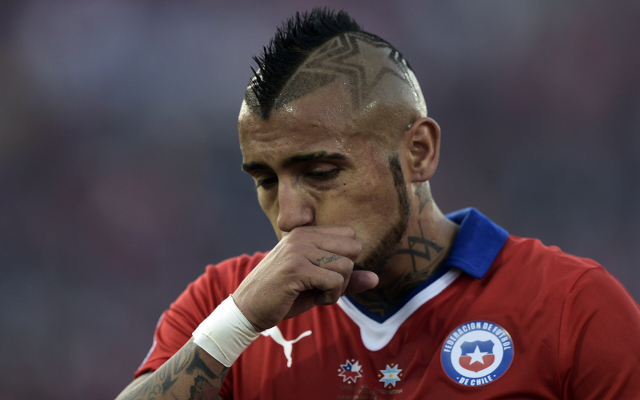 Arsenal have been given a real boost in their ongoing pursuit of Juventus midfielder Arturo Vidal with the club’s president admitting that the Chilean could well be sold according to the Daily Mail.

The 28-year-old Chilean has long been linked with a move to the Emirates Stadium and Juventus want a very reasonable €30m (£21m) for the former Bayer Leverkusen man.

Vidal has played a crucial role at the Italian giants, helping the Turin based side to four successive Serie A titles in his four years at the club, and the presence of fellow countryman Alexis Sanchez at Arsenal could act as a further motivating factor as Arsene Wenger reportedly eyes up the cultured midfielder.

Arturo Vidal is very much two midfielders in one. The South American has the power and stamina to get ‘stuck-in’ with crucial tackles but also has an eye for goal.