Another one of Ozil’s former Real Madrid teammates makes the ultimate XI and the pair enjoyed success together as they were a part of the squad that clinched the Liga BBVA title in 2012.

Many players that have played alongside the former Liverpool man would name him in their own ultimate XI and Ozil is no different.

He and Alonso worked brilliantly in tandem as they helped Los Blancos secure the league title in Spain in the 2011-12 campaign. 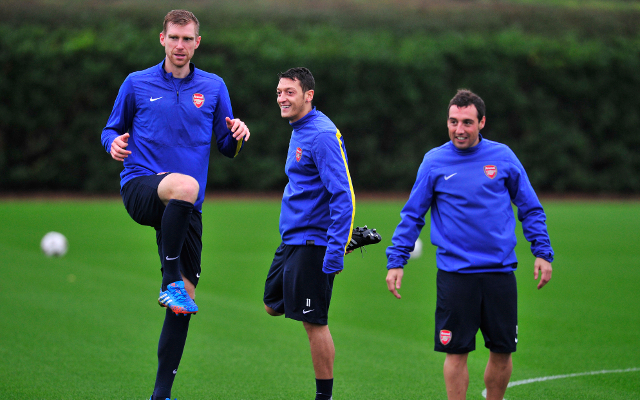 The sole Arsenal representative by choice in this XI is the Spanish midfield maestro Santi Cazorla. The understanding between the pair was on show during the Gunners’ strong end to last season and supporters of the North London outfit will be hoping for more of the same next season.

Ozil admitted that he included his compatriot because he was sitting in the room alongside him whilst picking the team.

The young German missed the whole of last season through injury, but did show glimpses of his talent for the Gunners during the 2013-14 season and could well be in Ozil’s ultimate XI ten years from now…