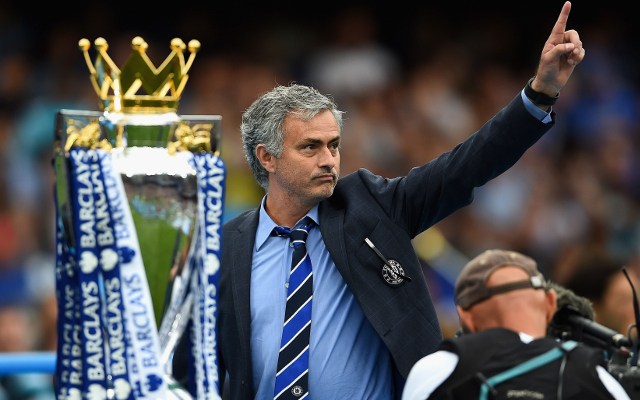 According to the London Evening Standard, the Portuguese manager has agreed terms on a new four-year contract with the English champions – which will see his salary remain at £8.5m – and the club are set to make an announcement on his future before the start of next season.

Following the Blues’ domestic double – in which they clinched the Capital One Cup and the Premier League – Stamford Bridge owner Roman Abramovich was keen for the former Real Madrid boss to commit his long-term future to the west London giants, according to the reports.

Mourinho has previously voiced his desire at remaining in charge of Chelsea for the next 10 years, suggesting that he is eager to build a dynasty with the club in his second spell in London:

“We are building a team for a long time, for the next 10 years. That is the objective. More important than my team is Chelsea’s future,” he began, as quoted by the Express.

Abramovich’s desire, as the Standard claim, to see Mourinho commit his future to the club, may be through fears over the 52-year-old’s tendency to leave clubs after brief periods of success.

The former FC Porto manager has not spent more than four seasons in charge of any one team – coincidentally his first spell with the Blues from 2004-08 – and to see out his contract with Chelsea could mark a significant shift in his career – and even in the club itself.

The Blues have been ruthless in their treatment of managers since the Russian businessman’s takeover in 2003.

Carlo Ancelotti (2009-11) – who won the FA Cup and the Premier League in his first campaign in charge – was sacked a year later [via BBC Sport]. Andre Villas-Boas (2011-12) was dismissed after just nine months [via BBC Sport]. While Roberto Di Matteo (2012), after leading the club as interim manager to their first Champions League title, lasted just six months following the European triumph [via the Daily Mail].