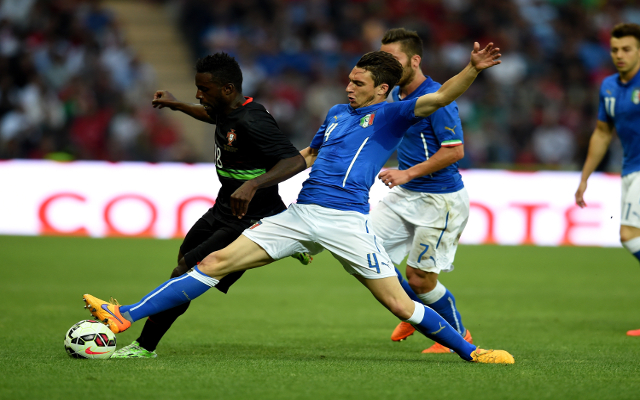 Old Trafford side close in on Torino right-back.

Man United are closing in on a deal to sign Torino right-back Matteo Darmian according to respected Italian reporter Gianluca Di Marzio.

The 25-year-old Italian international has been strongly linked with a move to Old Trafford (Via Manchester Evening News) and a move to bring in the defender would help to strengthen something of a problem-area in Louis van Gaal’s first team squad.

Darmian has spent four seasons at Torino, having failed to make an impact at AC Milan, and is now a regular in Antonio Conte’s Italian national team set-up.

Last season van Gaal primarily used Ecuadorian Luis Antonio Valencia as his first choice right-back, with Rafael occasionally called upon, and one can well see why the Dutch manager would seek to bring in an alternative to fill the position.

Man United have already failed with a £10.5m bid for Darmian (via the Daily Express) and are also pursuing Real Madrid star Sergio Ramos (via the Daily Star) with Louis van Gaal keen to re-shuffle his defensive pack.

Louis van Gaal has already wrapped up his first summer signing, Dutchman Memphis Depay, and the Old Trafford boss will hope his side can challenge for major honours in 2015/16.