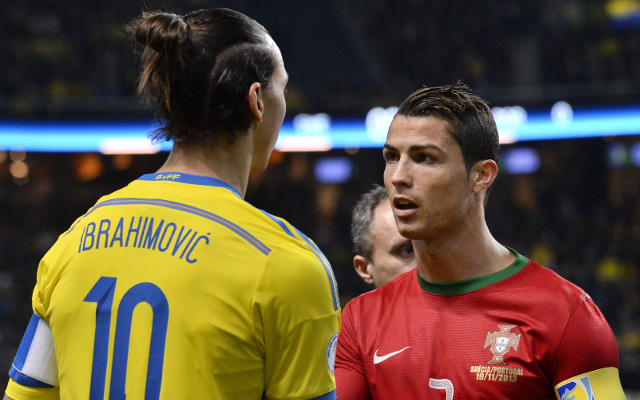 Paris Saint-Germain’s Zlatan Ibrahimovic could be a summer target for Real Madrid, according to former Los Blancos president Roman Calderon.

Calderon tweeted his belief on Monday that the La Liga BBVA giants could be tempted into making a move for the former Barcelona forward this summer with the striker having just one-year remaining on his Parc des Princes contract.

Translates to: ‘Ibrahimovic out of contract next year and is a great player with a lot of pull to the Bernabeu. Many possibilities.’

Ibrahimovic has seen his future in the French capital questioned over the past few months, and the 33-year-old caused a social media stir after posting an image of himself and agent Mino Raiola with the caption ‘Taking care of business’:

Taking care of business. Me and the master brain, Mr Mino Raiola.

Reports from the Daily Star last month claimed that the Sweden legend was in talks with Chelsea over a reunion with former Inter Milan manager Jose Mourinho.

Meanwhile, a return to AC Milan has also been mooted [via the Daily Mail].

According to Sport, PSG owner Al Thani could be willing to cash in on the Swedish superstar to help finance new signings over the summer.