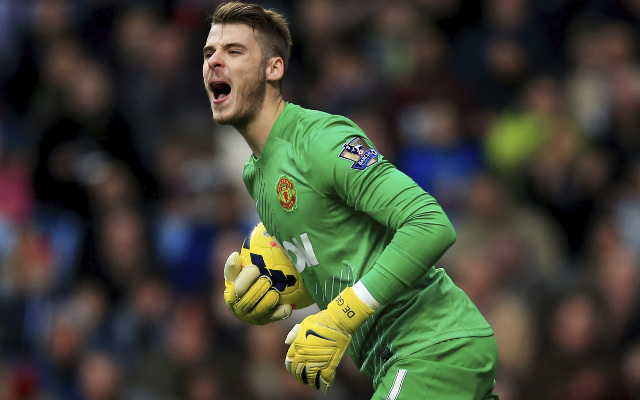 The drawn-out transfer saga involving Manchester United goalkeeper David De Gea and Real Madrid could be resolved in the near future according to reports in Spain.

Los Blancos captain Iker Casillas is reportedly on the verge of joining Portuguese giants Porto, if reports in Spain [via Mail Sport] are correct and that potential deal could pave the way for De Gea to finally complete his move to the La Liga giants.

A number of high-profile mistakes from Casillas looks set to see him pay the ultimate price as newly-appointed manager Rafael Benitez looks to revamp the squad heading into the new season.

De Gea’s arrival at the Santiago Bernabeu would certainly spell the end for Casillas at his boyhood club after over 500 league appearances.

Neither goalkeeper is at the stage in their respective careers where either would be happy to be the back-up choice, and it appears Madrid want to install the younger of the two Spaniards as their new number one ahead of the 2015-16 season.

Despite the report, Madrid and United have not been able to agree a fee for De Gea as of yet, however Casillas’s possible departure may well speed up negotiations.

It remains to be seen whether Spanish international defender Sergio Ramos will be used as makeweight as part of a deal that takes De Gea to the Bernabeu.

United hold a genuine interest in Ramos and Guardian Sport revealed last month that the possibility of a swap deal would be of interest to the Red Devils.

The transfer rumour has gained more momentum since then and reports in Spain [via Metro Sport] on Monday afternoon claimed Ramos has agreed terms with United, meaning all that is left is to reach an agreement for a fee, which if includes De Gea will be suitable for all parties involved.