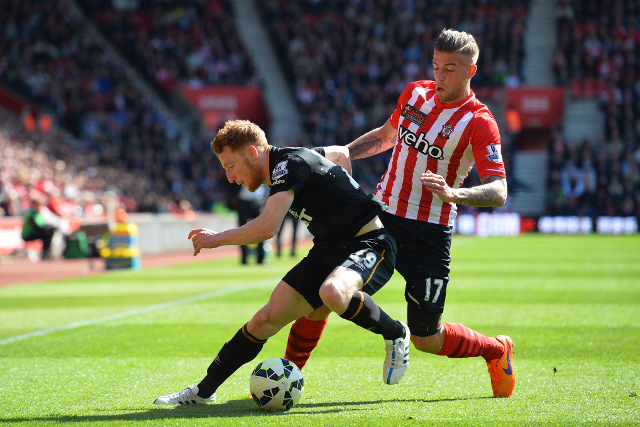 White Hart Lane side set to welcome in Belgian international.

Tottenham are closing in on a deal to sign Atletico Madrid defender Toby Alderweireld according to the London Evening Standard.

The 26-year-old spent last season on loan at Southampton and the south-coast side had hoped to land the Belgian on a permanent deal.

The St Mary’s side were reportedly ready to sue the La Liga side [via the Daily Star] although the Evening Standard claim that legal action between the two clubs will not prevent Spurs from getting their man.

The White Hart Lane side will pay £10m up front for Alderweireld, a fee that could increase to £11.5m with add-ons, and the former Ajax man has already agreed terms on a five-year contract.

The move will reunite Alderweireld with his former Ajax team-mate Jan Vertonghen, who plays alongside the defender at national team level, and will see the player rewarded with a salary of move than £50k a week.

Chelsea had been keen on signing Alderweireld [via the Daily Star], with Jose Mourinho having previously raided Atletico Madrid for pair Diego Costa and Filipe Luis last summer.

Toby Alderweireld moved to the Vicente Calderon in September 2013 and Diego Simeone’s side clinched the Liga BBVA title in the versatile defender’s first season at the club.

However Alderweireld was by no means a first team regular in 2013/14, the Antwerp-born defender making just a dozen La Liga appearances, and was subsequently loaned to Southampton.