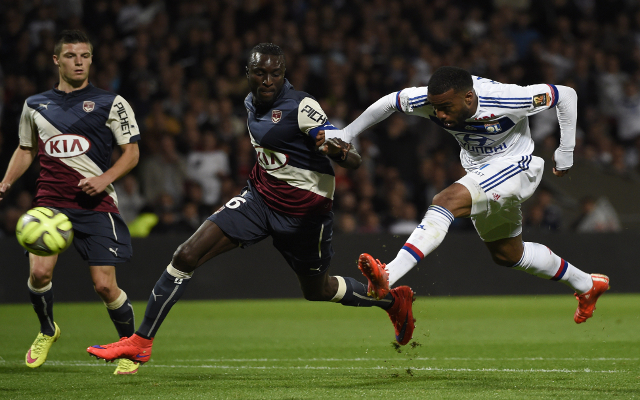 Lyon forward Alexandre Lacazette has stalled on a new contract offer according to French source L’Equipe and this has led to speculation that Liverpool could make a move for the French international [via the Daily Express].

The 24-year-old had an incredible season in 2014/15, netting 31 goals in all competitions, and one can well see why Brendan Rodgers would take an interest in the lethal finisher.

Even though Lacazette was unable to help Lyon overhaul Paris Saint-Germain to secure the Ligue 1 crown, the forward saw his stock rise, and he has been heavily linked with a move away from OL. PSG are just one club to have been linked to his signature [Express].

Last term, Rodgers saw Rickie Lambert, Fabio Borini and Mario Balotelli all fail miserably in front of goal, the trio scoring just four Premier League goals between them, and has moved to remedy the situation with the successful captures of Danny Ings and Roberto Firmino.

Liverpool have been linked with an interest in Aston Villa striker Christian Benteke, although the Midlands side are demanding £32.5m for the Belgian [via the Daily Mail].

Lacazette’s efforts helped Lyon to secure a Champions League berth for the coming campaign, something Liverpool are unable to offer the Stade Gerland star, though this hasn’t prevented the Merseyside outfit from retaining a strong interest in the player.

Rodgers saw his side fall down the table in 2014/15, with the sale of Luis Suarez to Barcelona and Daniel Sturridge’s ongoing injury issues proving real blows to Liverpool’s ambitions. A move to bring in a prolific forward could aid their push to once again secure a top-four finish.