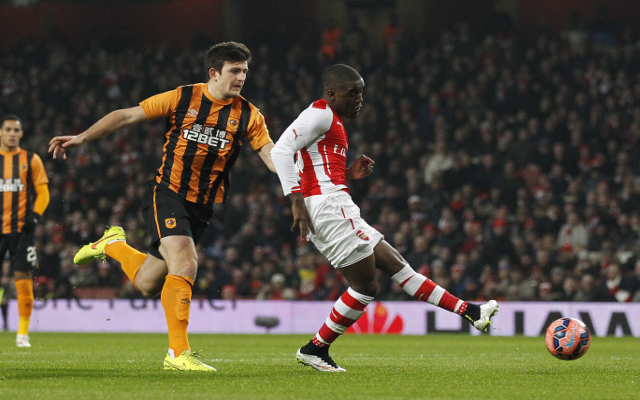 Arsenal have reportedly agreed the sale of Costa Rican international Joel Campbell to Turkish side Besiktas according to Turkish Football.com.

The 23 year old has struggled to persuade Arsene Wenger to give him a fair run in the Gunners first team set-up and an Emirates Stadium exit may well be best for all concerned.

Arsenal have accepted a £3.5m fee for the cultured versatile forward, who can play in a number of roles in the final third, and Campbell is said to have agreed terms with Besiktas with a transfer now being imminent.

Campbell spent spells out on loan at Lorient and Real Betis before making a real impact at Olympiakos, where he helped the Athens based club to a domestic title whilst also impressing in their Champions League campaign.

Wenger opted to usher Campbell into the Arsenal first team after his superb showing at the 2014 World Cup finals but offered him just four Premier League appearances before he was sent out to Villarreal for yet another loan spell.