After returning to pre-season training on Monday, the Red Devils’ – so far – blockbuster signing of the summer transfer window was pictured with the No.26 on his training shorts – fuelling speculation that the Dutch winger could be set to be handed the squad number formally worn by Old Trafford flops Shinji Kagawa, Gabriel Obertan and Mateus Alberto Contreiras Gonçalves.

However, according to Manchester Evening News reporter Stuart Mathieson, the 21-year-old will NOT be given the tainted No.26 next season:

Told Depay probably not going to be No.26. That was just his training number. Given Kagawa fate in shirt think Memphis will be happy #mufc 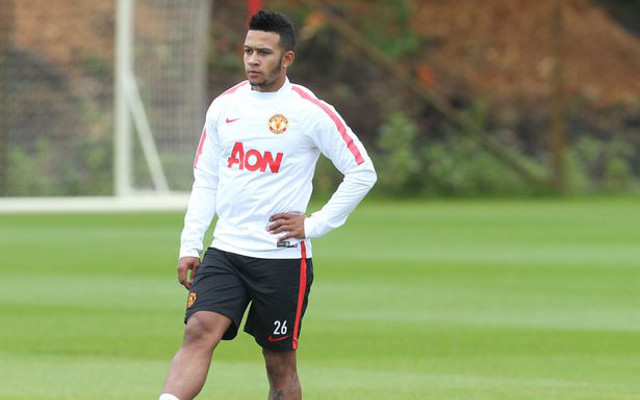 The Netherlands international wore the No.7 shirt for PSV Eindhoven, and his tweet just a day after his move to the Premier League giants seemed to hint that was hoping to wear the same jersey in Manchester:

I want to thank everyone for the nice messages. Looking forward to see you guys in Manchester… #M7 pic.twitter.com/t9qH24GQWx