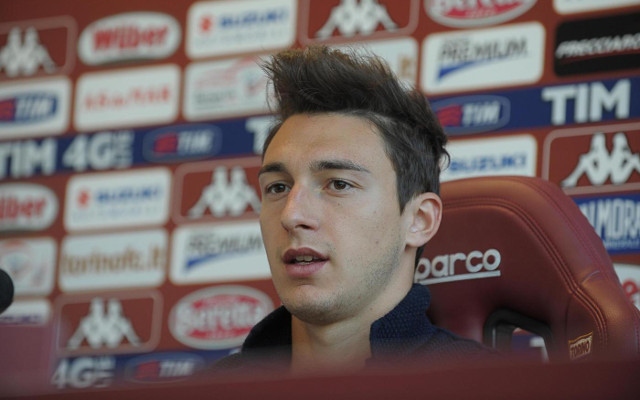 Manchester United will announce the signing of Torino’s Matteo Darmian tomorrow, according to reports from Italy.

According to Gianluca Di Marzio, the Red Devils have agreed an €20m (£14.3m), including €2m in bonuses, for the Italy right-back, and are set to confirm the signing on Thursday as the paperwork to finalise the deal is currently being drawn up.

Di Marzio states that the 25-year-old will put pen-to-paper on a four-year contract, and will earn between €1.8m and €2m per-annum. The report also goes on to state that AC Milan – who sold the defender to Torino in 2011 – will pocket €400,000 from his imminent move to England’s top flight.

Darmian is capable of playing on either flank at full-back – having featured regularly on both wing last season, with 19 starts on the right and 15 on the left – and can also deputise as a centre-back, having started his career in this position [via the Daily Star].

The versatile defender looks set to become Louis van Gaal’s second signing of the summer following Memphis Depay’s early arrival from PSV Eindhoven – in what has so far been a slow transfer window for the Premier League giants.

Manchester United have been linked to an array of world-class talent ahead of the summer window – including Bayern Munich trio Bastian Schweinsteiger, Mario Gotze [via the Metro] and Thomas Muller [via the Daily Mail] – but van Gaal is yet to significantly break into his reported £150m kitty [via the Metro].