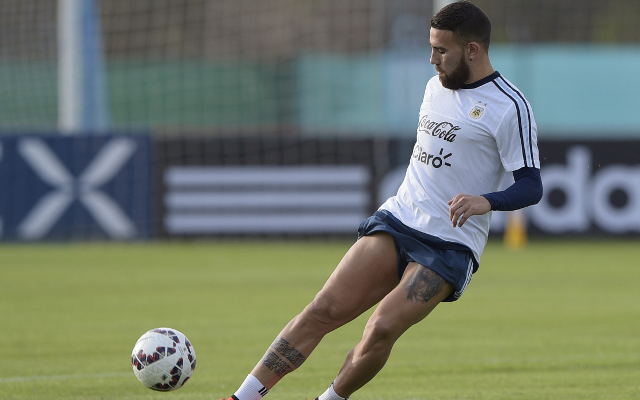 Manchester United‘s summer transfer plans appear to be taking shape as yet another defensive target is set to complete a move to Old Trafford.

As Italian international defender Matteo Darmian is expected to join the Red Devils this week [via BBC Sport], attentions are set to switch to bolstering their central defensive options and long-time target Nicolas Otamendi is reportedly closing in on a move to the 20-time champions of England.

According to reports in Spanish media outlet AS [via Star Sport], the Argentine defender is wanted by United boss Louis van Gaal to partner Real Madrid and Spain international Sergio Ramos at the heart of the Red Devils defence for the upcoming campaign.

Both players have been heavily linked with a move to Old Trafford this summer, and if van Gaal can pull of a sensational double swoop then United are surely going to be genuine contenders in the Barclays Premier League title race this season.

This news is likely to bring a smile to the faces of many United supporters after seeing their side miss out on a number of defensive targets.

Barcelona defender Dani Alves had been tipped to join the club as his deal was coming to an end with the Catalan giants, although he committed his future to last season’s La Liga, Champions League and Copa Del Rey winners by signing a new contract shortly after the game against Juventus last month [via Mail Sport].

Another long-term transfer target had been German centre-back Mats Hummels, who has been on the radar of United for well over a year, but he rejected a move to the Red Devils in order to prolong his stay in the Bundesliga with Borussia Dortmund [via Mirror Sport].

England international Nathaniel Clyne looked set to become a United player towards the end of last season as reports [via Express Sport] suggested a deal was at an advanced stage, however, the right-back ended up joining Liverpool [via BBC Sport].