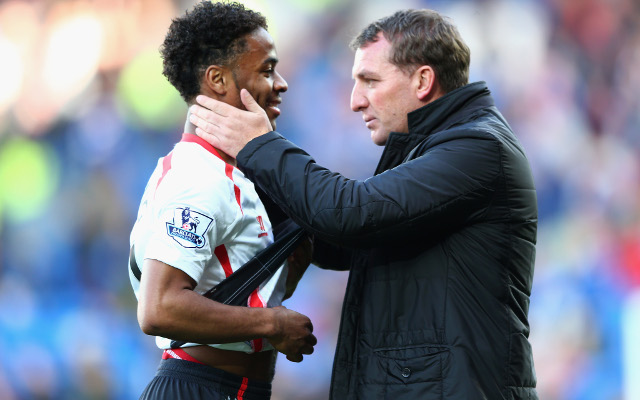 Liverpool star Raheem Sterling missed training on Wednesday, the day after he told manager Brendan Rodgers that he wants to leave the club, reports the Liverpool Echo.

The 20-year-old apparently called in to say he was too ill to train. The club have refused to comment, but in usual circumstances they would then send a medical team to the player’s house to check on him.

This is just the day after he told the Northern Irishman that he doesn’t want to be included in the squad for their tour of the Far East and Australia, amid attempts to force a move to Manchester City according to the Echo.

The Independent has revealed that a £50 million move to the Sky Blues could be completed while both teams are away on tours, which is far later than Manuel Pellegrini had been hoping to get things wrapped up. The Citizens have made two bids for the player [The Guardian], but none have been accepted by the Merseyside outfit as of yet.

This comes after the England international’s agent Aidy Ward claimed that his client won’t sign a new deal with the Reds, even if it was for £900,000 a week according to the Daily Mirror. The youngster has seen his contract talks stall after a disappointing season in which he scored eight and assisted the same number again in 47 games as Liverpool struggled without Luis Suarez.

Man City are on the lookout for quality home-grown players to meet the quota needed [Sky Sports] as well as challenge Chelsea for the Premier League in the next campaign. Despite his controversies, Sterling may well prove to be an ideal solution for the Sky Blues.