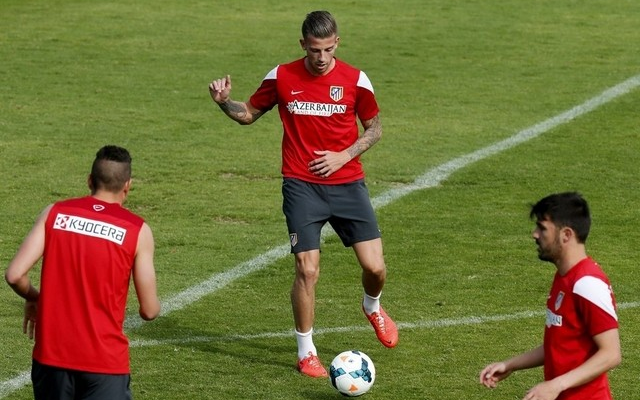 Tottenham pulled off a transfer coup on Wednesday morning as they fended off competition from Arsenal and Chelsea to the signing of highly-rated defender Toby Alderweireld.

Announcement of the Belgian international’s move to White Hart Lane was revealed by the club’s official Twitter account as they completed a deal for the 26-year-old.

SIGNED: We are delighted to announce the signing of @AlderweireldTob from Atletico Madrid. #WelcomeToby pic.twitter.com/CTThyOs7V7

Spurs boss Mauricio Pochettino has now added his third defensive signing of the transfer window, following the arrivals of Kevin Wimmer and Kieran Trippier earlier in the summer.

According to the Daily Mail, the defender has moved for an £11.5 million fee.

With fellow Belgian internationals Jan Vertonghen, Moussa Dembele and Nacer Chadli already playing for the North London outfit, Alderweireld should have little problems settling in and will have already endeared himself to the fans after snubbing interest from two of their fierce city rivals.

Premier League champions Chelsea had been strongly linked with the defender [via Telegraph Sport], who impressed whilst on-loan at Southampton last season, and manager Jose Mourinho was hoping to bolster in that department of his squad.

With captain John Terry set to turn 35 at some point during the 2015-16 campaign, it’s clear that thoughts over his long-term replacement have to start in the near future and signing Alderweireld would have been a brilliant purchase.

During his spell with the St Mary’s outfit, Alderweireld forged a good partnership with Jose Fonte and that helped the Saints achieve a respectable seventh-placed finish and qualify for this season’s Europa League competition.

Meanwhile, Spurs’ bitter rivals Arsenal have been long-time admirers of the 26-year-old and were reportedly close to signing him last summer [via Metro Sport], but eventually lost out to Southampton.