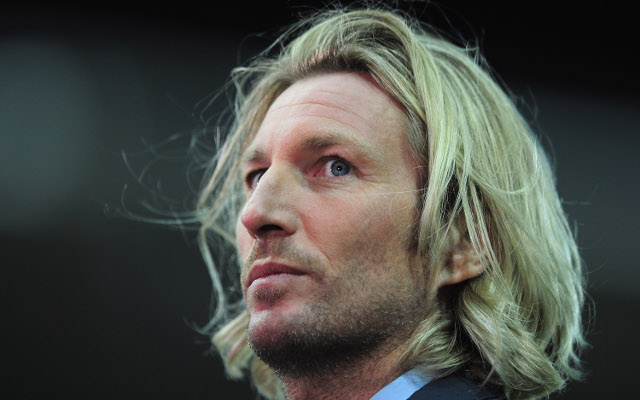 Alan Shearer has taken to Twitter to mock Robbie Savage after the latter celebrated Wales’s terrific footballing achievement this week.

Wales were confirmed in the top 10 of Fifa’s World Rankings earlier, news which prompted a patriotic outburst of celebration from Savage.

The former Derby County midfielder wrote the following on his @RobbieSavage8 Twitter handle when he heard the news.

“Just seen the news that Wales are now in the top 10 in the Fifa Rankings,” Savage began, “Fantastic achievement!!”

However, as is so often the case, Savage was very quickly shot down, as his BBC Sport colleague Alan Shearer quickly issued a response to his former adversary. “See what happens when you stop playing for them?!?!” Shearer mocked, in a quick retort to his fellow Match of the Day pundit.

See what happens when you stop playing for them?!?! https://t.co/TIJnP6drZb

Savage featured 39 times for Wales between 1995 and 2004, but despite serving his country proudly, he was unable to help the Dragons to a major international tournament.

That may now be on the cards for Chris Coleman’s side, who sit atop qualifying Group B after six matches.

Gareth Bale, Aaron Ramsey currently sit on 14 points, and are unbeaten—three points ahead of second-placed Belgium, who they beat in their most recent fixture.