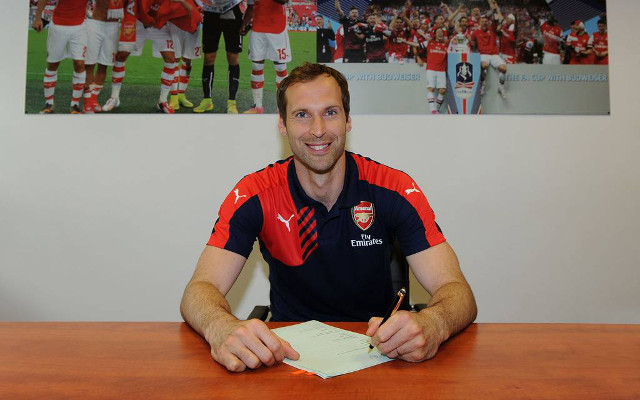 New Arsenal signing Petr Cech will be installing a winning mentality inside the Gunners dressing room when he reports for training later this week as he has stressed the importance of a successful pre-season.

The Czech Republic international completed his move to the Emirates Stadium from London rivals Chelsea last month [BBC Sport] and is set to make his first appearance for the Gunners in a pre-season friendly next week and the goalkeeper certainly would like to get off to a winning start.

Listen to what Cech had to say in the video:

After spending 11 years with the Blues and winning every single major club honour available to him, Cech is in line to make his competitive Gunners debut against his former club in the Community Shield fixture at the start of next month.