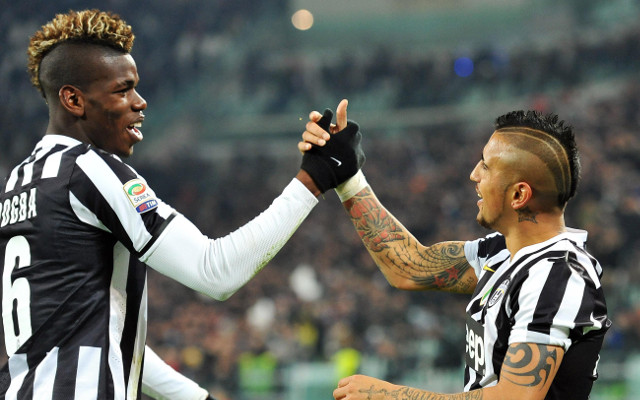 Arsenal, Chelsea and Manchester City have been set a deadline to complete any transfer business for Juventus pair Arturo Vidal and Paul Pogba.

Italian publication La Gazzetta dello Sport have today claimed that the Serie A champions are willing to cash in on the in-demand midfielders this summer – but have warned potential suitors that they must make an offer by July 31 or miss out on their signatures.

According to the report, Juve boss Massimiliano Allegri wants the futures of the duo to be confirmed by the end of this month, as any transfer business in August could interfere significantly with the club’s pre-season preparations.

The Daily Star state that £21m-rated Vidal is still on the radar of the Gunners and Real Madrid, while Pogba, who apparently carries a £60m price-tag, remains a target for Chelsea and Manchester City.

It seems, however, that they could both be far from finished in the transfer market.