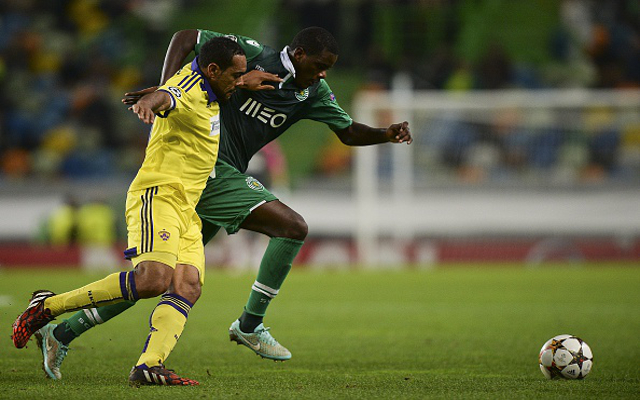 Liverpool have been handed a potential boost in their bid to sign Real Madrid midfielder Asier Illarramendi this summer as the Spanish giants consider signing Sporting Lisbon’s William Carvalho, according to the Daily Mail.

Illarramendi has been linked with a £16m move to Liverpool in recent times, the Mail says, with the Reds eyeing a new addition in the middle of the park after losing Steven Gerrard at the end of last season.

Still, a deal very much hinges on Rafael Benitez’s assessment of his squad and his chances of bringing in the players he wants, with Carvalho seemingly top of his list, though the Mail says Arsenal and Manchester United may also still be admirers after showing an interest in the Portuguese starlet in the past.

Carvalho, 23, is regarded as one of the most promising young defensive midfielders in Europe after some strong displays for Sporting, and there’s no doubt he could make the step up to a bigger club before long.

Real, however, are not willing to pay his £32m release clause, according to the Mail, which could still mean this transfer, as well as the future of Illarramendi, is still up in the air this summer.

With Sami Khedira already confirmed as leaving the Bernabeu on a free transfer to Juventus this summer, it’s clear that there could be room in Benitez’s squad for a new signing in the midfield engine room, with Carvalho looking an ideal replacement.