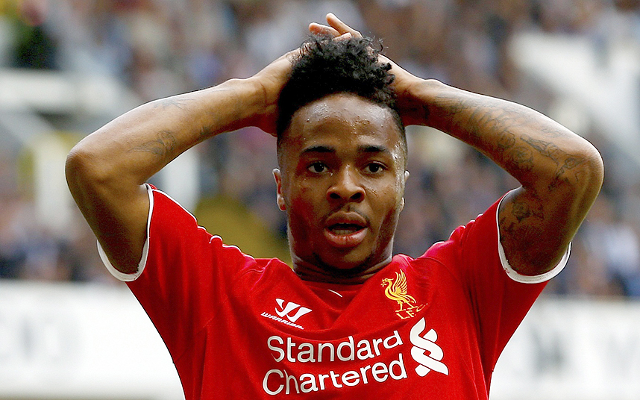 Liverpool fans have posted contract rebel Raheem Sterling‘s mobile phone number online to add abuse to the racist attacks that have also been aimed at the England international, reports the Daily Mirror.

This comes after the player missed training on Wednesday after complaining of illness [The Guardian]. The 20-year-old has also asked to be left out of the Reds’ pre-season tour of the Far East and Australia, that time more explicitly explaining that he wants to leave [Liverpool Echo].

However, this is no excuse for the racist abuse that some have given the player on Twitter, including this example:

Raheem Sterling is very replaceable. There are plenty of black kids in London with chips on their shoulders.

Another fan posted the England international’s phone number on to social media with the message: “give this #LFC scumbag #Raheem #Sterling a phone call with as much abuse as possible!!”

These incidents appear to show supporters losing patience with the long-running transfer saga involving the youngster. The forward’s agent Aidy Ward claimed back in May that his client won’t sign a new contract at Anfield even if it was for £900,000 a week [Daily Mirror], and even though his current deal runs until 2017, his position at the club has become more untenable ever since.

Manchester City may save the youngster from Merseyside with a £50 million move [The Independent], with this abuse surely clearing any doubts from the player’s mind.

Sterling’s home-grown status, as well as his undoubted quality, make him appealing to Manchester City [Sky Sports] after they failed to win a single trophy last season.