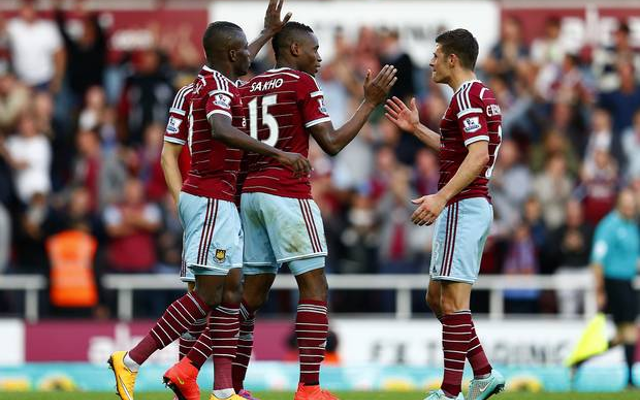 United look to Hammers ace to solve issues up front.

Manchester United are being linked with a move to sign West Ham United striker Diafra Sakho as a replacement for Robin van Persie, according to the Daily Mail.

The Red Devils look set to bid farewell to the Netherlands international, with the Guardian reporting that he is days away from joining Fenerbahce for a fee of £4.7m, with personal terms already agreed and an announcement expected imminently.

With Van Persie’s exit set to leave United well short of options up front, it is little surprise to see Louis van Gaal looking at possible replacements, though Sakho may come as a surprise to some fans despite a decent start to life in the Premier League last season.

The Senegal international managed 12 goals in 26 games for the Hammers, which is a decent return but perhaps not the kind of calibre that is demanded of a player at Old Trafford.

Still, with the big-name loan signing of Radamel Falcao proving such a mistake last summer, it may be that going for a younger player with more potential to improve could be a good path for the club to go down, with West Ham co-chairman David Gold previously quoted as saying the 25-year-old could become a world class player.

Meanwhile, Van Persie’s exit comes after scoring only ten goals last season, so it may well be that Sakho would already be an upgrade on the 31-year-old former Arsenal man.