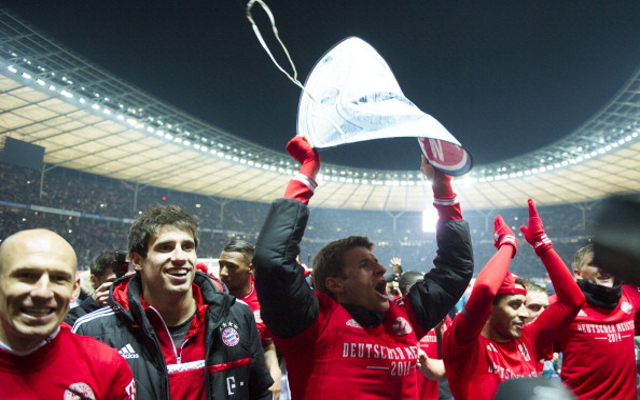 Manchester United could be ready to match their club-record transfer fee by making a £59m move to sign Bayern Munich star Thomas Muller this summer.

The German international has been with his current club for his whole career so far, scoring 121 goals in total for Bayern after rising through their youth ranks to become a key player in the first-team.

Still, Muller has reportedly fallen out with manager Pep Guardiola, according to Fichajes.net, and is now in United’s sights this summer in a big-money move.

United paid £59.7m to sign Angel Di Maria last summer and this would be seen as a similarly exciting move, though it could be to replace the unsettled Argentine, who has also been linked with Bayern among other clubs this summer.