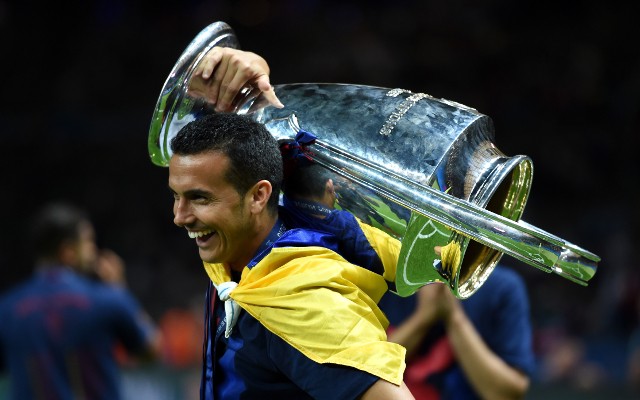 Liverpool have earmarked a move to sign Barcelona attacker Pedro as a potential replacement for Raheem Sterling according to the Guardian [via the Daily Star].

20-year-old England international Sterling has been the subject of two failed Man City bids [via ESPN] and has reportedly refused to travel with Liverpool on their pre-season tour [Daily Mail], heightening speculation that the youngster could leave Anfield.

The Daily Star claim that Liverpool could make a £30m bid for experienced Nou Camp star Pedro, who has seen his first-team chances limited by the arrivals of Neymar and Luis Suarez in recent seasons.

Pedro has completed eight seasons in the Barcelona first team set-up, but has seen his chances slowly decrease in recent seasons, the 27-year-old making just 15 La Liga starts in 2014/15. The Daily Star believe the chance of regular first team action could persuade the Tenerife-born star to move to Liverpool.

Brendan Rodgers has already signed six players this summer but the capture of such an accomplished talent like Pedro would represent a real coup of the Merseyside outfit.

Pedro has made 318 appearances for Barcelona, netting 98 goals, and has won a host of honours including five La Liga titles and three Champions League triumphs.

The forward also won the World Cup in 2010 and the European Championships-both with Spain-two years later.