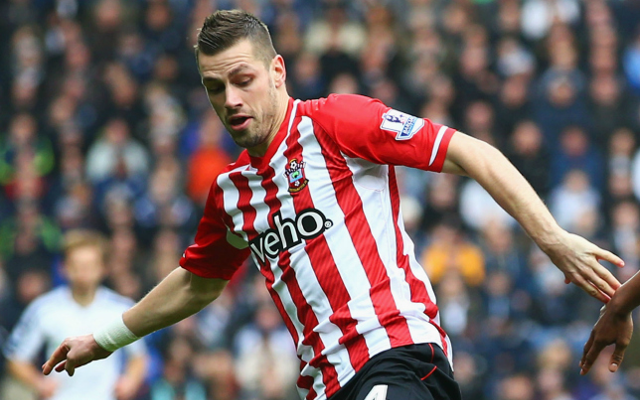 Manchester United want to sign Southampton star Morgan Schneiderlin before they jet off for a tour of the US, reports the Daily Mail.

The Red Devils leave for their pre-season tour on Monday, giving just three days for them to complete a deal for the France international. Although their first game isn’t until Friday, which could leave some leeway. At the moment the two sides seem some way apart in negotiations, after Saints boss Ronald Koeman labelled their efforts to sign the 25-year-old as “not serious”, the Mail claims.

United are thought to have seen a £20m bid for the midfielder turned down, with the South coast outfit looking for around £27m, the Mail’s report adds. Arsenal and Tottenham have also been previously linked with the player, with the Independent reporting Southampton are ready to sell, so they may be using other clubs’ interest to initiate a bidding war and increase the amount they can bring in from his departure.

Despite this Louis van Gaal is still confident of signing Schneiderlin [Manchester Evening News]. They are willing to pay £30m for his signature [Daily Star], so it is very likely that a deal can be agreed.

United are in need of a defensive midfielder so they can compete on four fronts next season. Michael Carrick is now 33-years-old, meaning it is unlikely he will be able to play in every game, while Daley Blind’s versatility means he may be needed elsewhere. As such Schneiderlin could be vital with the extra games of the Champions League as well as heightened expectations in the Premier League to contend with next time round.