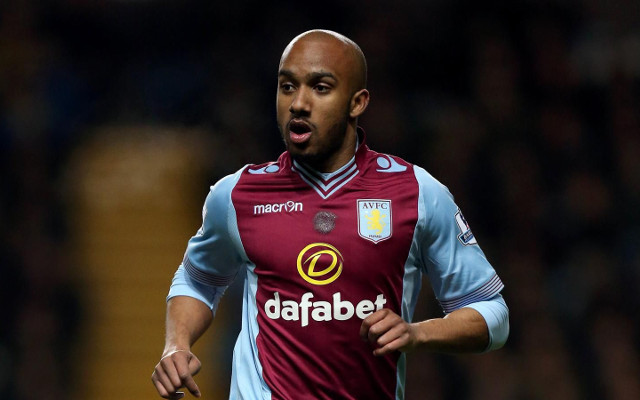 Aston Villa’s Fabian Delph is close to agreeing a transfer to Manchester City, with a deal expected in the next 24 hours.

According to the Daily Mail, the Citizens have activated the Villains skipper’s release clause, and the England international has agreed personal terms with the 2014 Premier League champions.

Tim Sherwood’s Aston Villa side are currently on a pre-season training camp in Portugal, although their captain will not be joining them.

The team travelled to Portugal on Thursday, and while the official reason for Delph not being with them is because his wife is expecting the couple’s second child, his remaining in England should allow City to complete the signing, making the former Leeds United man their first addition of the summer.

The midfielder was linked to Liverpool back in January [Mirror], although ultimately ended up signing a new contract with the Villa Park giants, insisting he was with the club ‘for the long run’ [BBC].

However, an £8 million release clause inserted in that contract looks to have cost Villa, with the Citizens securing the talented 25-year-old for a bargain fee.

Until recently, Delph appears to have been in two minds about the mood, and had to ask his friend Micah Richards whether it was a good idea for him to move to Villa Park [Manchester Evening News].

The right-back’s endorsement appears to have tipped the balance for Delph, with official confirmation of the move expected imminently.

Villa appear to have been expecting the midfielder’s departure, and completed the signing of LOSC Lille midfielder Idrissa Gueye last week. The Senegal international ought to be an ideal replacement for and potential upgrade on Delph [The Guardian].