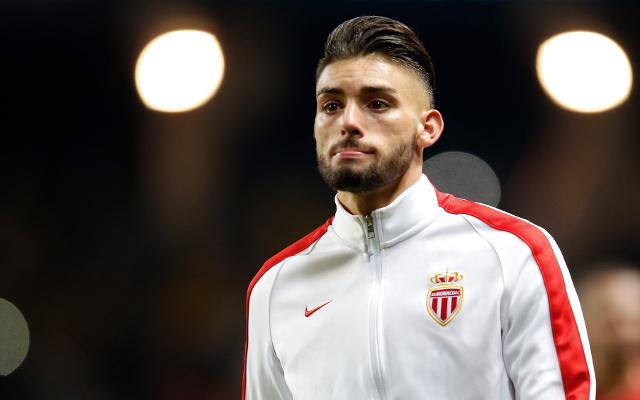 AS Monaco wideman Yannick Ferreira Carrasco is heading to Spain for a medical with Atletico Madrid after the two clubs came to an agreement for the Belgian’s transfer.

North London giants Arsenal and Tottenham Hotspur have both been linked with a move for the international, although both look like missing out as Atleti close in.

Diego Simeone’s side came to an agreement with the Club of the Principality late on Thursday evening, and have agreed a €20m deal for the attacking midfielder, which will be increased with bonuses according to L’Equipe.

The attacker will undergo a medical at Madrid on Friday, with confirmation on the move expected over the weekend.

In June, both Spurs and Arsenal were rebuffed when they offered £8 million for the 21-year-old, but the approach was refused by Monaco, who were looking for roughly double that fee for the player [Daily Star].

The attacking midfielder scored six times in 36 Ligue 1 outings last term, and has really come into his own in the French top flight. He starred last term, and found the net against Arsenal in the Champions League last 16 clash at the Emirates Stadium.

The forward has subsequently been capped three times by Belgium.