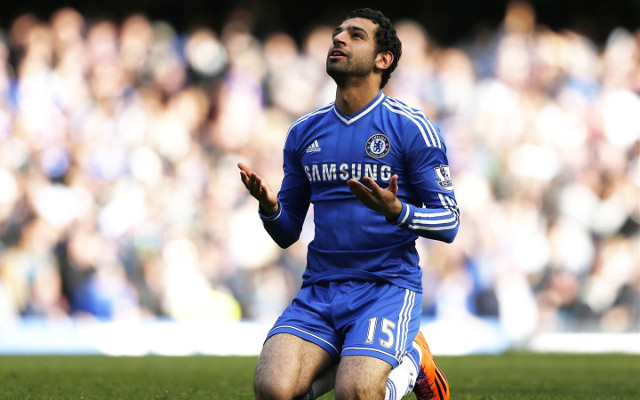 Chelsea’s Mohamed Salah is set to receive an offer from Inter Milan when his ongoing situation with Fiorentina is resolved.

The Egypt international spent the second-half of the season on loan at the Stadio Artemio Franchi and, such was his impressive form, the Serie A outfit wanted to make the deal permanent this summer, BBC Sport reported.

However, BBC Sport stated that the winger had rejected the offer to extend his stay with Fiorentina, and Viola were considering taking legal action, believing that an agreement had been reached with the Premier League champions whereby he could spend another year in Italy.

Nonetheless, the controversy surrounding his future doesn’t appear to have deterred potential suitors, and Fiorentina’s rivals Inter Milan, according to the Daily Star, will apparently make an offer for the out-of-favour Blues forward this summer – but only once his current situation with the Nerazzurri’s league rivals is clarified.

The English newspaper state that the Florence outfit are furious with Inter, as they claim that their interest may have been key in Salah’s rejection of a second spell with Paulo Sousa’s side.

The 23-year-old’s career in west London certainly appears bleak; since signing in January 2014 for £11m from Basel [via BBC Sport], he has made just seven domestic starts, scoring three goals, with Willian, Eden Hazard and Oscar preferred in a wide role by Jose Mourinho.

Internazionale are also rumoured to be keeping an eye on Salah’s Blues team-mate, Juan Cuadrado, and his availability this summer [via talkSPORT].

However, Mourinho is expecting both players to play a role in his pre-season preparations [via International Business Times], and it remains to be seen whether the Portuguese coach will agree to let the Egyptian forward depart.