Former Chelsea goalkeeper Petr Cech was pictured for the first in training with new club Arsenal, less than two weeks after his £10m move from Stamford Bridge was confirmed.

With the futures of David Ospina and Wojciech Szczesny uncertain, the Czech Republic international looks poised to become the Emirates’ new No.1 next season.

Cech made just 10 starts in all competitions under Jose Mourinho in the previous campaign – with Thibaut Courtois becoming the Portuguese manager’s new first-choice in between the posts – making it little wonder that the stopper chose to jump ship this summer.

Many, including John Terry and Frank Lampard, have even said that – such is the experience and quality of the 33-year-old – he could prove key in potentially helping Arsenal to clinch the Premier League title for the first time since 2004. 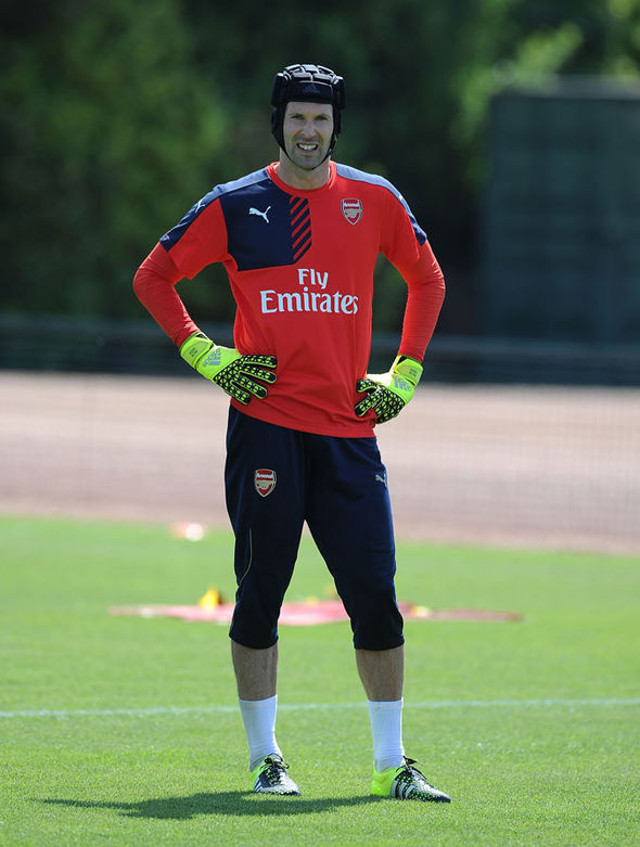