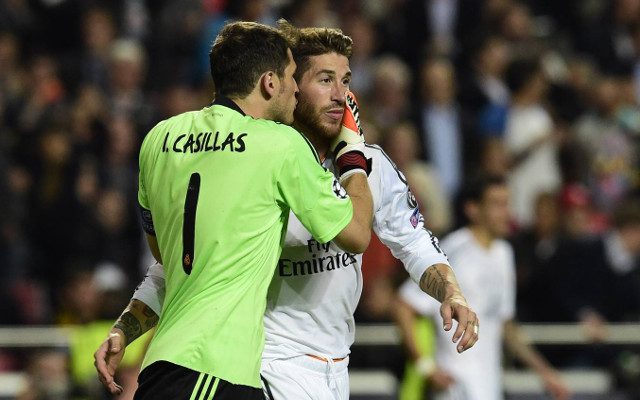 The Spanish international looks set to be leaving the Bernabeu this summer, and this latest image may or may not confirm the deal is close to taking place.

Sergio Ramos was present, however, which could mean Manchester United will not have a lot of luck in their efforts to sign the expensive World Cup-winning defender.

In a further blow, Casillas’ exit will surely see Real step up their efforts to sign David de Gea from the Red Devils this summer.