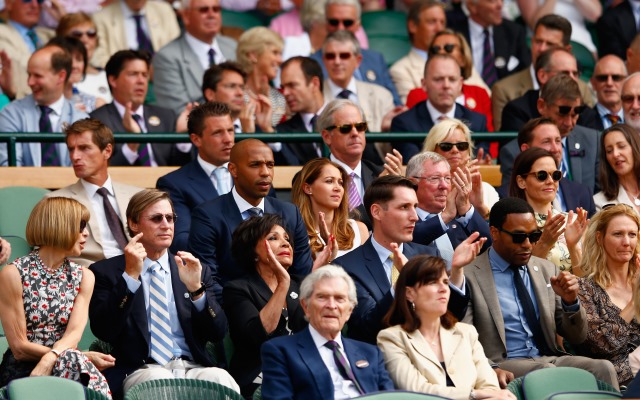 It was a case of enemies reunited on Centre Court at Wimbledon earlier on Friday, as Sir Alex Ferguson and Thierry Henry found themselves sitting together in the gallery.

However, despite their storied mutual history, it appeared as though the duo had little to discuss when they came face to almost-face once again.

In fact, while Sir Alex appeared to attempt to catch up with Henry, the Frenchman—so often the nemesis of Fergie’s Red Devils—appeared keen to avoid the legendary manager’s gaze.

Henry and Ferguson watched on as Novak Djokovic dispatched Richard Gasquet in the first semi-final, before taking their place for the second contest, the semi between Andy Murray and Roger Federer.

Admittedly, while this clip appears to show that relations are frosty between the managerial great and the former striking star, the two did take a moment for a cordial exchange in between matches.