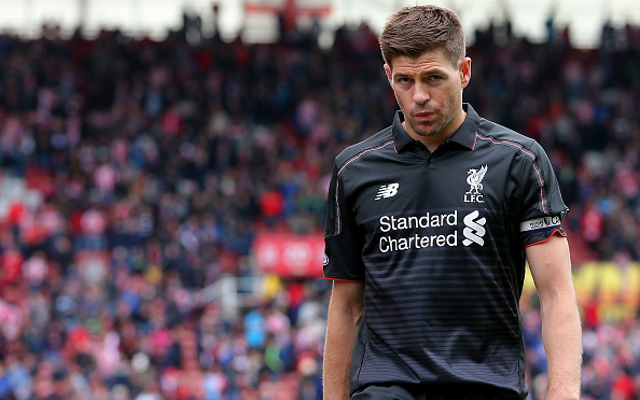 The Manchester United forward replaced his erstwhile club rival Gerrard as national team captain after the 2014 World Cup, and has clearly made a good impression on the coach.

“Wayne has been fantastic all the time I’ve been with the national team, but I would say he has stepped up a notch in terms of being an England player since he got the captaincy,” Hodgson began, speaking to radio station Sirius, via the Daily Star, “he took that honour very seriously.

“He researched the role a little bit, took in his experience of playing under previous captains, and he works very closely with me and the players. But, most importantly of all, he plays well for the team.

“The good fortune for us is he has come up with goals. I am thinking of the Estonia game when he wasn’t having a wonder game, even when his actual performance hasn’t been as good as he can be.

“I think we are lucky that the void we thought might exist after Steven Gerrard has been filled.”

The Liverpool man’s final contribution as England skipper came at the 2014 World Cup, when he was guilty for Luis Suarez’s goal while ultimately cost Hodgson’s side dearly against Uruguay.

The midfielder made the error on the back of a magnificent campaign for Liverpool, as he guided the Reds to the top of the Premier League.

However, he also blundered for Brendan Rodgers’s side, and his infamous slip against Chelsea ultimately saw Liverpool fall away from the title race.

His final campaign for the Anfield giants ended in bitter disappointment this term, as Liverpool were trounced 6-1 by Stoke City in the midfielder’s final match.

Rooney, unlike Gerrard, has already won the Premier League, and beyond being a five-time EPL champion, won the Champions League in 2008.

The Huyton-born forward will also be hoping to enjoy more success in the international arena than Gerrard ever managed. The attacker is already closing in on the England scoring record, and will hope to reaffirm his place as one of the continent’s star men at the European Championships next summer.