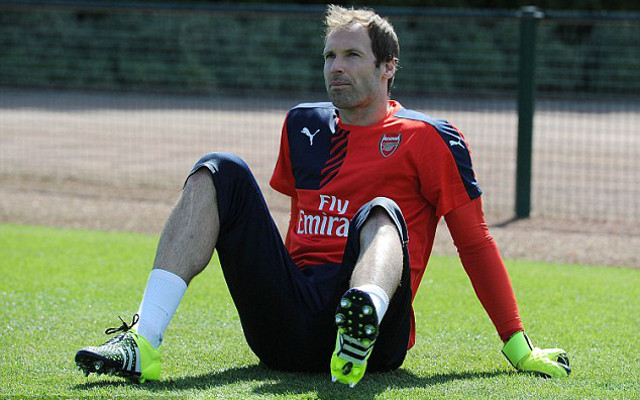 Arsenal manager Arsene Wenger has revealed that the decision to sign Chelsea’s Petr Cech this summer was not easy.

On June 29, the Gunners confirmed that a £10m fee had been agreed for the Czech Republic international’s signature and, while expected, it remains a shock that the experienced goalkeeper was granted a move to the Blues’ Premier League rivals.

What’s more, his arrival has led to question marks over the futures of David Ospina and Wojciech Szczesny – who both battled it out to become first-choice in between the posts at the Emirates last season.

Wenger has admitted that the duo made the decision to sign Cech ‘tough’, particularly as the Stamford Bridge icon is unlikely to have desired a move to the north London giants without the assurance of a No.1 role:

“It was a very, very tough decision,” as quoted by the Daily Mail.

“I have two great goalkeepers… I think Cech can make them better as well. He has huge experience and the fact that he has won more big trophies can strengthen the belief of the team. That can help them to develop and that’s what I expect from him.

“You always want to improve the experience level of your squad and I thought he could help us gain something on that front.

“I still think he has a huge hunger. When I saw him with Chelsea last year he was always convincing and I’m happy that we could do it. His kind of knowledge and experience can help us.”

Cech joined his new Arsenal team-mates on Friday for pre-season duties, and was pictured in training for the first time since departing west London.

Take a look at pictures of the stopper in action here: PICTURE SPECIAL: New Arsenal signing in training for FIRST time since sealing Chelsea exit