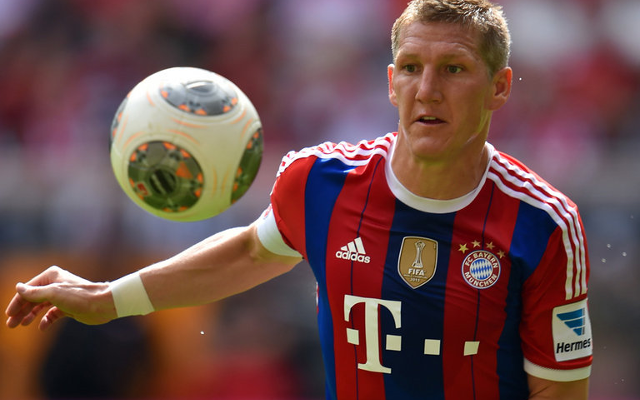 Bastian Schweinsteiger looks ever more likely to be joining Manchester United after another big development – the German international was absent from a pre-season ceremony at the Allianz Arena, according to Bild.

The 30-year-old World Cup winner has been strongly linked with a move to Old Trafford this summer by the Guardian, who say it looks like a £15m deal is already in place with just a few details to be ironed out before the move can be announced.

With United somewhat short of quality in midfield last season, it makes sense that manager Louis van Gaal has moved for this fine player, who has shown his quality down the years and who has plenty of experience with a whole host of honours at club level, such as eight Bundesliga titles and the Champions League, alongside a World Cup win for the German national team in 2014.

With Bild now stating that Schweinsteiger was not at this annual pre-season event with Bayern, it seems his move to United could be moving closer as he prepares to bid farewell to the club he has been with for his entire career up til now.

This will come as exciting news for United fans after a number of big-money buys last summer, with Angel Di Maria and Ander Herrera among the flurry of new arrivals, plus Memphis Depay already joining this year.