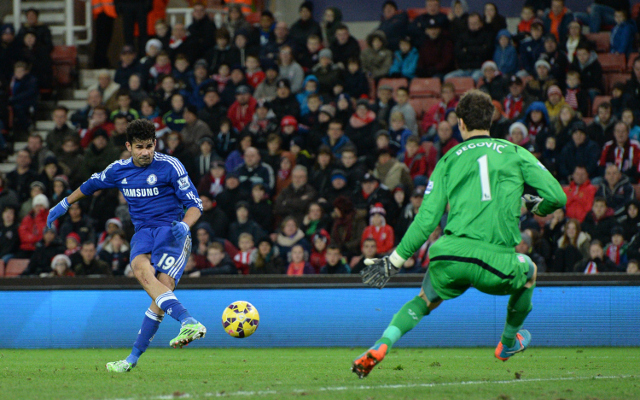 Chelsea look set to conclude the transfer of Stoke City goalkeeper Asmir Begovic this summer after quotes from Potters manager Mark Hughes in an interview with talkSPORT.

The Welshman seems to have conceded that his number one ‘keeper will be on his way to Stamford Bridge in the near future, though he admits he has not received any updates on the situation so far today.

Begovic has been a hugely impressive performer since moving to Stoke, establishing himself as one of the best goalkeepers in the English top flight and also attracting rumoured interest from Manchester United this summer, according to the Daily Mail.

Still, it looks like his next move will be to west London as he is seemingly Jose Mourinho’s first choice to replace new Arsenal signing Petr Cech as understudy to Thibaut Courtois.

However, Hughes told talkSPORT that he doesn’t necessarily see the move that way, and that he feels Begovic would not be moving to the Blues if he didn’t think he could provide a serious challenge to the Belgian shot-stopper for the number one spot.

“I haven’t had an update today but my understanding is that he’s likely to travel to Chelsea and that will be concluded,” Hughes said.

“I would imagine, having worked with Asmir, that he’ll back his ability and he would think he will challenge and get game time there, or he wouldn’t have gone there.

“He’s a confident goalkeeper and a very accomplished goalkeeper so he’ll push whoever’s in the number one very, very hard.”

Given that Courtois managed to displace the long-serving Cech as first choice last season, it is hard to imagine Mourinho would drop the youngster now, after years of eye-catching displays on loan with Atletico Madrid meant the club were willing to upset a club legend in making him a regular starter.