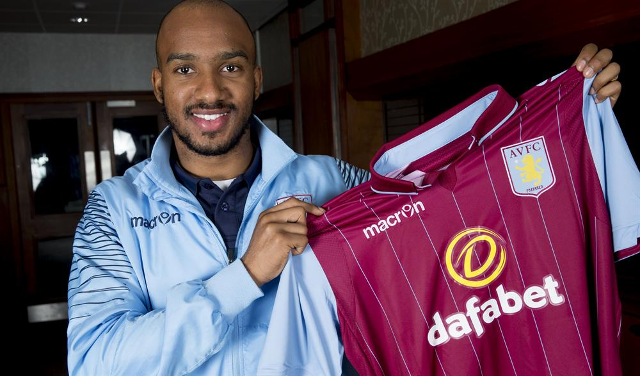 Despite reports that Aston Villa midfielder Fabian Delph was on the brink of completing a move to Manchester City, the player has confirmed that he will not be leaving the club.

“I’m aware there has been intense media speculation surrounding my future in the last 24 hours and I want to set the record straight,” the Villa skipper began, speaking to the club’s official website.

“I’m not leaving. I’m staying at the football club and I can’t wait for the start of the season and captaining this great football club.”

The Daily Mail reported on Friday that the Citzens were on the verge of snaring the midfielder having met Villa’s £8 million release clause for the England international.

The English tabloid reported that a deal was expected in the coming 24 hours, with confirmation little more than a formality.

However, Delph’s comments smashes these suggestions, with the midfielder apparently denying the Mail’s report that he had agreed personal terms with the 2014 Premier League champions.

Tim Sherwood has already signed LOSC Lille midfielder Idrissa Gueye this summer, with the Senegal midfielder moving from Ligue 1 earlier in the month [The Guardian]. The addition of the powerful Gueye could be seen as an indication that the new coach was planning for a post-Delph future, with the midfielder heavily linked with a move away from the club.

City have been rumoured to be keen on Delph, while Liverpool were also understood to be interested in the player back in January [Mirror].

Delph also asked his friend Micah Richards whether a transfer to City would have been a good move, and the defender’s positive response appeared to indicate that a move was imminent [Manchester Evening News].

However, it now appears as though the deal is dead in the water, with Delph seemingly clarifying—without qualification—that he is not heading for the exit door.