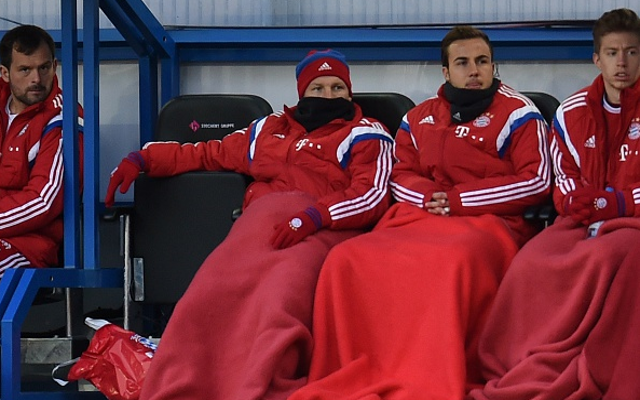 Red Devils to splash the cash on new midfielders.

Manchester United have agreed a deal to sign Bayern Munich midfielder Bastian Schweinsteiger for around £15m and are still chasing Southampton’s Morgan Schneiderlin for around £25m as well, according to The Sun.

The Red Devils appear to have struck a deal with Schweinsteiger, who has opted to leave Bayern after approaching the final year of his contract with the Bavarian giants, whom he has played for for his entire career so far.

The German international is now being tipped to link up with his old manager Louis van Gaal at Old Trafford, with the club and the player finalising a contract worth around £140,000 per week.

This will no doubt be a fine move for United in central midfield, with the 30-year-old showing his qualities down the years both in ability and in leadership as part of a hugely successful squad at the Allianz Arena.

Still, his presence will seemingly not stop the club trying to land another central midfield player as The Sun claims Schneiderlin is still on the agenda in a £25m move, which could cast some doubt over the futures of some big names currently on the books at Old Trafford.

Van Gaal had the likes of Michael Carrick, Ander Herrera, Daley Blind and Marouane Fellaini to choose from in the centre last season, and none of these particularly let the team down when used, even if the Dutchman showed a willingness to rotate a lot throughout the campaign.

With two new additions, it remains to be seen if the injury-prone Carrick will get back into the side. Meanwhile, Blind and Fellaini could be used in different positions, such as left-back or further forward, respectively, but the in-form Herrera may feel hard done by if he sees his playing time reduced next term after a great debut season for the Reds.