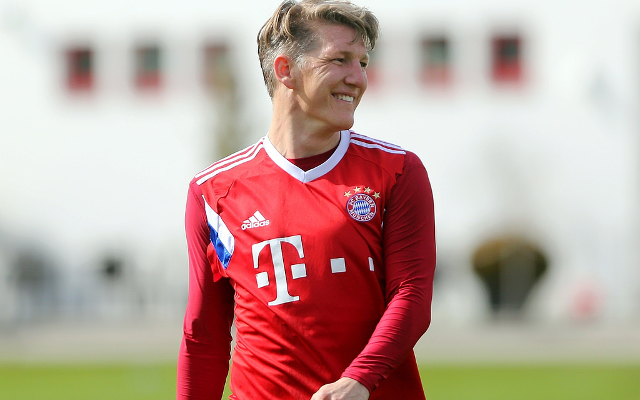 News of Manchester United agreeing a fee with Bayern Munich for midfielder Bastian Schweinsteiger has been met with mostly optimism by many in the media, but former Liverpool defender Jamie Carragher is an notable exception.

The Reds legend reacted to the news by questioning whether or not the German international captain can play alongside Michael Carrick in midfield after his struggles alongside a similar type of player in Xabi Alonso.

Carragher was vocal with his somewhat controversial views and expressed them via his official Twitter account soon after the news was broken.

Great player but at BM he found it difficult to play alongside Alonso be interesting to see how he & Carrick works. https://t.co/dOvhaqv5IE

You joking? losing your best player (De Gea) & now signing a player past his best I couldn’t be happier! https://t.co/GtyAhanb0e

United announced the imminent arrival of Schweinsteiger via social media on Saturday afternoon and he is set to become the first ever German to play for the first team once he passes a medical and agrees personal terms.

The signing will represent an excellent piece of business by Red Devils boss Louis van Gaal, who appears to be on a mission to turn the club into genuine Premier League title challengers this season after being well off the pace in the last two campaigns.

Schweinsteiger will arrive at Old Trafford as one of the most decorated players ever to sign for the north-west giants. As well as the World Cup he won with Germany in 2014, the deep-lying midfield playmaker also lifted both the Bundesliga and the German Cup eight times. He won the Champions League title with Jupp Heynckes in 2013, before lifting the Club World Cup later that year.

His value to Bayern was outlined by club legend Karl-Heinz Rummenigge who, as reported by BBC Sport, expressed dismay at the midfielder’s departure.

“We have reached an agreement with Manchester United over a transfer,” the former international began.

“It’s regrettable because Bastian meant a great deal to the club.

“He achieved great things but he wants to do something new at the end of his career. He asked that we meet his wishes.

“We tried to convince him to stay with Bayern Munich. But I also understand that a player who has spent 17 years at Bayern Munich still wants to gain a new experience.”