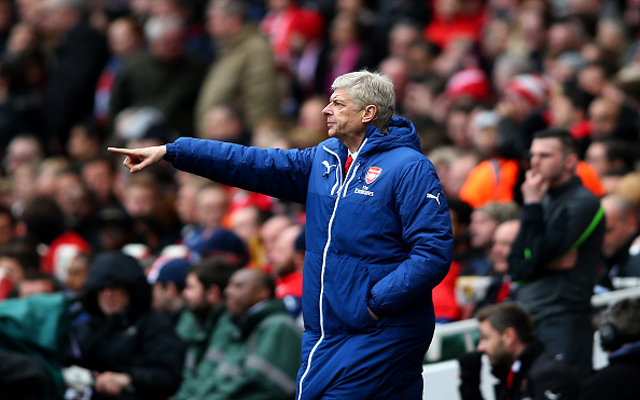 Arsenal are reportedly keeping tabs on Man United defender Jonny Evans according to the Daily Mirror.

The 27-year-old Northern Irish international has become something of a bit-part player under Louis van Gaal, falling behind Phil Jones, Chris Smalling and Marcos Rojo in the Old Trafford pecking order, and as such it’s surprising that the player would be of interest to Gunners boss Arsene Wenger.

Evans made just 17 appearances in all competitions last season, three of those from the bench, and perhaps tellingly was part of the starting eleven for two of their more embarrassing displays of the campaign. Those coming in their 4-0 Capital One Cup defeat to the MK Dons and their 5-3 loss away at Leicester City.

Arsene Wenger signed Gabriel Paulista in January to help boost his central defensive options, with Laurent Koscielny and Per Mertesacker being his first choice centre-back pairing, and as such there is no real urgent need to bring in another option in that regard.

The Daily Mirror claim that West Brom are also keen, though are unwilling to meet Man United’s £10m valuation.

Jonny Evans came through Man United’s youth ranks and has at times impressed, making 196 appearances for the club to date, but having now falling down the pecking order it appears the defender could be set for pastures new.

Evans was last season hit with a six game ban for spitting at Newcastle United striker Papiss Cisse (via the FA.com) and hasn’t started a game for Man United since the incident last March.