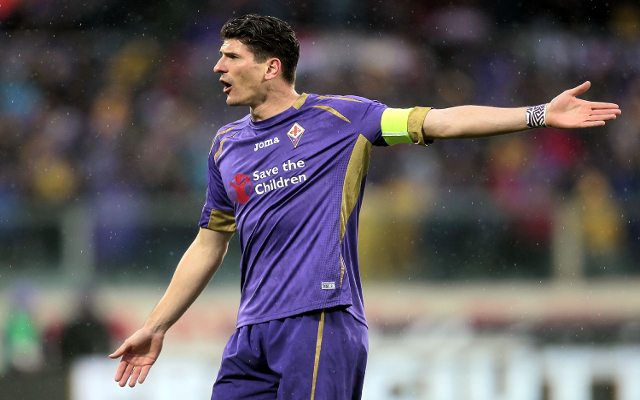 Anfield side in talks with Fiorentina over potential forward swap.

Liverpool are in talks with Fiorentina over a potential swap deal that would see forward Mario Balotelli move back to Serie A and German forward Mario Gomez heaving to Anfield according to Italian source SportMediaSet.

Brendan Rodgers saw Italian international Mario Balotelli fail miserably in his debut season Merseyside, the 24-year-old netting just one Premier League goal in 2014/15, and if the Northern Irishman can secure a deal that sees Liverpool get rid of the former Man City man in exchange for Gomez, then he will surely be a very happy man indeed.

Whilst Gomez has struggled with injuries since moving to Florence the 30-year-old is certainly a striker with a rich pedigree.

Prior to his move to the Stadio Artemio Franchi Gomez proved hugely successful at Bayern Munich, scoring 113 goals in four seasons at the Allianz Arena, and has the physical presence that would lend itself well to life in the Premier League.

Gomez managed just five Serie A starts in his injury ravaged debut season at Fiorentina, netting three goals, and his tally of just four goals in 16 starts in 2014/15 illustrates a marksman still finding his feet following long spells out with knee and ankle knocks.

Liverpool struggled in front of goal last term, their 2014/15 Premier League total of 52 goals being way below the 100+ from their previous campaign, and Rodgers has already moved to resolve this issue with the signings of Danny Ings and Roberto Firmino.