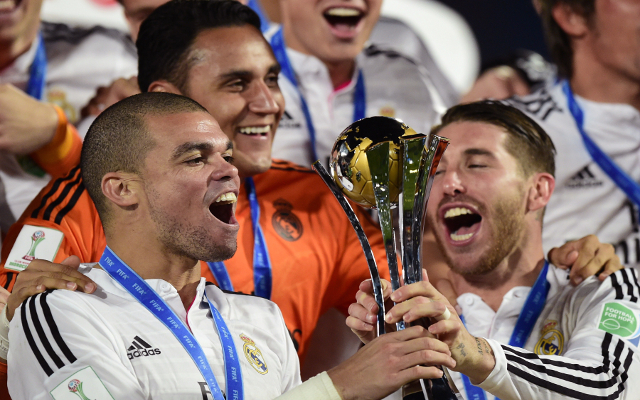 Old Trafford boss Louis van Gaal has successfully snapped up Torino right-back Matteo Darmian and Dutch attacker Memphis Depay, and is close to signing Bayern Munich midfield general Bastian Schweinsteiger (via the Daily Mail), and will look to make the most from any potential sale of keeper De Gea.

David De Gea has arguably been Man United’s most consistent player over the past two seasons and the 25-year-old Spanish international has been strongly linked with a move to his hometown club this summer (via Daily Telegraph).

Though De Gea is a prized asset Man United’s push to bring in both Ramos and Navas is somewhat unlikely with the Marca claiming that Real Madrid are not taking such a swap offer seriously.

Louis van Gaal would do well to improve on his current central defensive options and a move for Sergio Ramos would certainly be a move in the right direction.

Previous reports suggest the 29-year-old would cost as much as £63m (via the Daily Mirror).

Real Madrid signed Costa Rican international Keylor Navas last August after his heroics at the 2014 World Cup finals but the 28-year-old was unable to oust Casillas and subsequently made just six La Liga starts in 2014/15, conceding just three goals in the process.