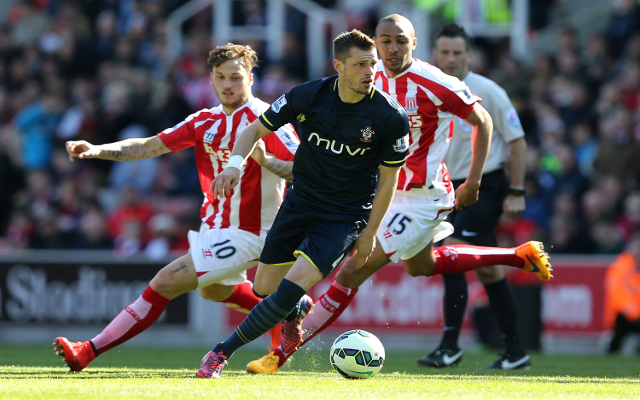 Man United have agreed a deal to sign Southampton midfielder Morgan Schneiderlin according to the Manchester Evening News.

The Manchester Evening News claims the 25-year-old will join the Old Trafford club’s squad as they fly out for pre-season tour of America, though the fee for the deal is yet to be announced by either club.

Morgan Schneiderlin has completed seven seasons at St Mary’s, helping the south-coast side recover from relegation to League One and aiding their climb all the way up to the upper reaches of the Premier League.

The French international will hope that a high-profile move to Man United will help him to secure a more prominent role in Didier Deschamps’ national team set-up.

Morgan Schneiderlin has been keen to secure a move to a side that can offer him Champions League action (via the Guardian) and Louis van Gaal successfully secured a return to the top table of European football with Man United’s fourth place finish in 2014/15.

Schneiderlin has been in superb form over the past two campaigns and has seen a number of his team-mates leave Southampton for pastures new and is set to follow suit with the Manchester Evening News stating the central midfielder has undergone a medical at Man United’s Carrington training ground this weekend.

Louis van Gaal’s move to capture Morgan Schneiderlin will not come at the expense of their push to sign World Cup winner Bastian Schweinsteiger, the Manchester Evening News stating both players will join summer signings Matteo Darmian and Memphis Depay at Old Trafford.