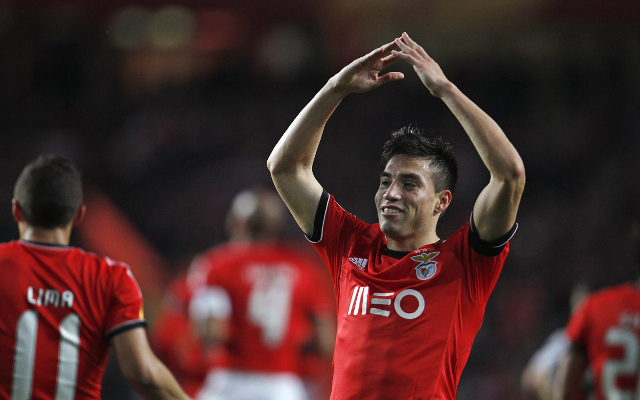 Manchester United are reportedly in talks with Portuguese giants Benfica over a swap deal to sign Nicolas Gaitan, with defender Rafael moving in the other direction, according to Record.

Additional information from the Daily Star suggests that the Red Devils are set on bringing the Argentine winger to Old Trafford this summer, despite already bringing in Memphis Depay from PSV to add to their star-studded attack.

A move for Rafael to leave United makes sense given his lack of playing time last season, while Matteo Darmian’s arrival from Torino at right-back has already been confirmed this weekend.

This could be bad news for United’s rivals Liverpool, however, with the Daily Star previously mentioning them as strong contenders to sign the 27-year-old wide-man this summer.

Liverpool’s need for reinforcements out wide could be even greater than United’s as well, with reports today from the Daily Mirror suggesting that star player Raheem Sterling is in advanced talks over an exit from the club after Manchester City made significant progress with a £45m bid.

After losing Luis Suarez to Barcelona last summer, the Reds will be desperately short of quality up front if Sterling leaves as well, but the arrival of a player like Gaitan could make all the difference for Brendan Rodgers as he looks to steer the club back into the top four in 2015/16.

Still, United’s achievement of qualifying for the Champions League again could give them the edge in this deal if the player himself wants to be playing at the top level in Europe.